The World in 5G

The world of data is going at a frantic pace; it is an unstoppable, uncontrollable maelstrom. From digital natives to older adults, we all consume more and more data!

In our white paper Multi-vendor GPON Activation, we shared how to solve the main pain points associated with the deployment and GPON activation with a codeless provisioning solution. Download it here!

The operators have taken note of that, and today, in addition to the differential of the range of terminals offered (similar in all!), they seek to establish some additional differential in the plans and benefits that they have been offering the market, leveraged in the data.

Consumption is exponential, and the speed of connections, communications, downloads are the most valued attribute.

The objective is clear for the operators. They fight to be the pioneers in launching this new technological evolution to “take advantage” of the attribute of having the exclusive. They work on it today, but it won’t be immediate, we still must wait.

Most Latin American countries are still in the testing phase of the 5G connection, which will be crucial for future technology.

What is 5G, and What Will it Allow us to do?

It is the fifth generation of mobile internet connectivity that promises much faster downloads, extensive coverage, and more stable connections. It is about facilitating better use of the radio spectrum and allowing many devices to connect at the same time.

It is estimated that 5G could reach navigation and download speeds between 10 and 20 times faster in real-world conditions.

Whatever we do now with our smartphones, we can do it better and faster with 5G.

What is coming in Latin America

Since 2016, tests with 5G technology are being carried out in countries such as Brazil, Mexico, Argentina, Colombia, Chile, and Peru, in which mobile phone operators participate.

Mexico is expected to be the first Latin American market to launch commercial 5G services, something that is planned for 2020, by the hand of Telcel and AT&T operators. In that first phase, it will only reach 3% of the population.

For its part, Movistar in Peru has planned the launch of 5G also for 2020, according to the GSMA Intelligence, an association that represents the interests of mobile operators worldwide. But both Claro and Entel do not want to be left behind, and they also work on the launch of 5G by 2020. They are very clear that it is an attribute with much value for the user, and none wants to be left out of that scenario.

In Brazil, which was the first country where 5G tests began in 2016, the launch of 5G is expected by 2023, although it could be advanced.

In general, Latin America has been working hard on the launch of 5G, despite the high costs involved. In 2020 it is almost a fact that, although it is minimal, we will already have areas with 5G technology. GSMA Intelligence estimates that it will be in 2025 when the expansion of 5G coverage in the region is achieved, which will reach just over 40% of the Latin American population.

The three leading mobile phone operators in South Korea launched their 5G services this 2019, while the US telecommunications company Verizon also launched the 5G connection in two cities. Vodafone did the same in Spain, Italy, and the United Kingdom. Coverage has also been implemented in Switzerland, Finland, Portugal and in general in a large number of countries in Europe. A similar situation happens in China and the East.

For their part, manufacturers also work on the launch of their 5G terminals. Samsung offers its Galaxy S10 5G device with speeds up to 20 times faster than current phones. Huawei works on the same, and everyone is expected to join this trend that will be present in the short term.

We expect to live a new technological revolution this 2020, in which users will be the most benefited to obtain higher value in our communications. Let’s wait for the news!

In our white paper Multi-vendor GPON Activation, we shared how to solve the main pain points associated with the deployment and GPON activation with a codeless provisioning solution. Download it here! 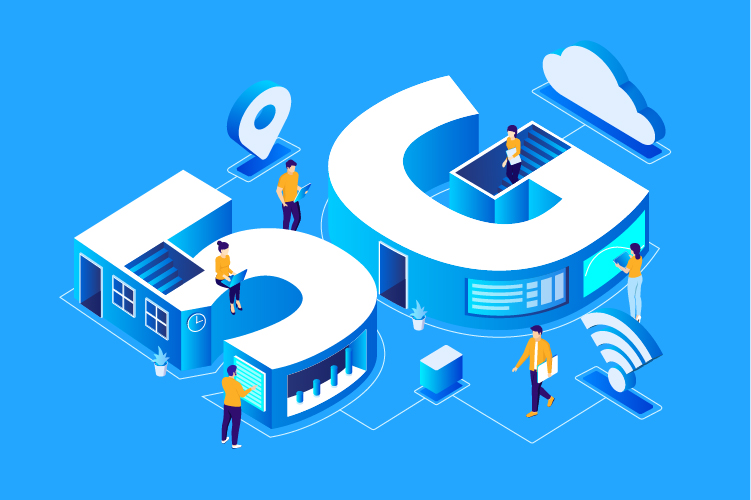 The Current State of 5G in Latin America

5G: What Can We Expect From It?

10G Platforms Interact With the World