To understand the full cycle of an RPD provisioning, from the design phase to the provisioning in the field, we need to get into some Remote PHY concepts first.

Is a CableLabs -led effort that brings technical and operational unity to two projects:

The goal is the development of a super-dense, power- and space-saving architecture that combines edge QAM and cable modem termination system (CMTS) functions and puts the cable on a path toward service convergence and an IP video platform.

The RPD platform is a physical layer converter whose functions are:

“The development of a super-dense, power- and space-saving architecture that combines edge QAM and cable modem termination system (CMTS) functions and puts cable on a path toward service convergence and an IP video platform.” 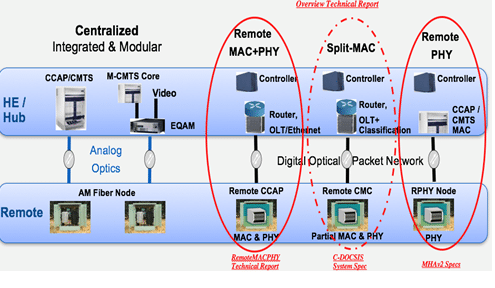 So, how will the MSO operationalize the deployment and management of a more complex network? Simple, with SIM (Symphonica Infrastructure Management) that follows what TM Forum calls Resource Lifecycle Management, a bigger and abstract picture for what SIM solves in RPD Deployment.

The solution was designed to support the 1st Design phase of a topology provisioning of nodes in a DAA (Distributed Access Architecture) initially for RPDs.

Designed to support the 2nd phase as an add-on to Symphonica to execute the workflow on the CCAPs/vCCAPs and network elements to provision the RPD.

It assists in the 2nd phase as well to be a mobile application for the technician to be used in the field to execute a work order to provision an RPD and get the environmental metrics from it.

The following graph shows a mapping of the solution in the TMForum Frameworx:

In this case, the resources are the RPDs. So if we see the stages in the LifeCycle, the requested solution applies to the first stage. 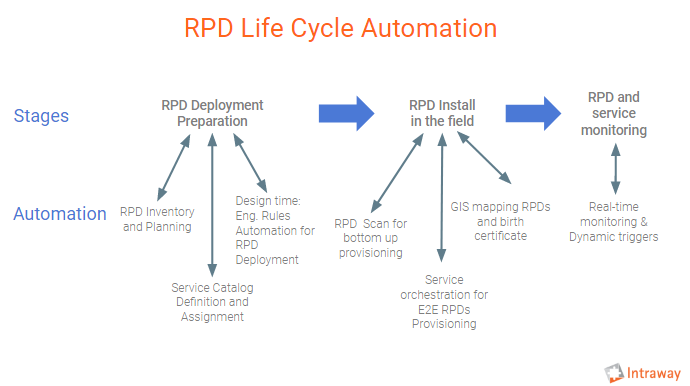 When VIM taps into real-time network information, this phase ends. As well as does inventory information from the MSO, to define the installation parameters per RPD (i.e., CCAP, Card, Slot). This resource allocation is based on a set of traffic engineering rules associated with the topology. It is supported by DSG & VSG (Data Service Groups and Video Service Groups). The tool provides the information needed for provisioning the VIO (Cisco SmartPHY or Symphonica VIO) via a file or directly using each VIO’s API. The user will benefit from:

This is an example of the Layout for a CCAP topology with the RPDs distributed given a set of rules:

RPD Installation in the Field

In this phase, our solutions use Symphonica to provision the RPD, prepared in the previous step. Symphonica runs BPM Workflows and connectors to the network elements to accomplish this task. The following is an example of RPD bottom-up provisioning with Symphonica:

In this phase, our solution focuses on the following added values:

So, from the design, implementation, and control of the new Distributed Architecture Networks, Symphonica Infrastructure Manager will accelerate the adoption and deployment of the latest technologies by simplifying and reducing operational costs with automation. 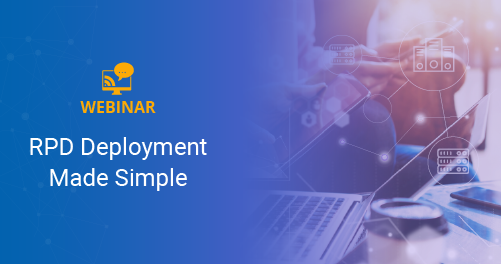